Our company
HSBC in Japan
News and media
Careers

HSBC was one of the first foreign banks to operate in Japan, opening a branch in Yokohama in 1866.

It has branches in Tokyo and Osaka which provide services to corporate clients.

In the aftermath of the commercial treaties between Japan and the prominent trading nations of the West in the 1850s, there was a need for banking services to support the changing Japanese economy. HSBC established its presence in Yokohama in 1866. This was followed by branches in Kobe in 1869, Osaka in 1872, and Nagasaki in 1896.

The bank helped finance Japan’s growing trade with the wider world. The value of foreign trade virtually doubled every decade from the 1860s until the early twentieth century.

In the early part of the 20th century, HSBC was involved in a number of large loans to Japan, with some GBP250 million lent to the government and Japanese cities. These loans were used to fund industrial and infrastructure projects, particularly railway, waterworks and harbour construction.

After the Great Kanto Earthquake in 1923 which destroyed the Yokohama office, HSBC opened its Tokyo office in 1924.

HSBC was one of the first banks to send a representative to Japan after the end of the Second World War and in 1947 the Tokyo and Kobe offices were reopened. The bank was instrumental in restarting trade between Japan and the sterling area by agreeing to extend a credit line of GBP20 million. 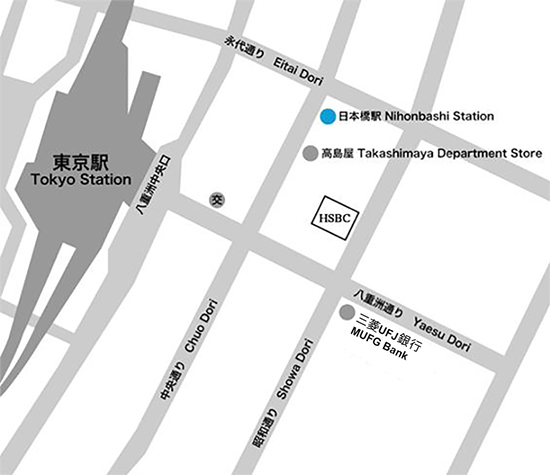 World’s Most Innovative Investment Bank of the Year - The Banker

Most Innovative Investment Bank for Bonds - The Banker

Customers are increasingly seeking out broader and deeper digital interactions with their banks.

HSBC’s Daniel Klier examines the themes likely to dominate the run-up to the COP26 conference in November.

A dose of optimism